EU Regulation No. 1169/2011 identifies how consumers need to be informed about allergens.

In England this is enforced under The Food Information Regulations 2014 (FIR) with equivalent regulations in Northern Ireland, Scotland and Wales.

The law differentiates between prepacked food such as a ready meal and non pre-packed food.

“The FIR requirements regarding other forms of non-prepacked foods, such as foods which are not packaged and those packed at the consumer’s request, are unaffected by these changes.  This is because unpackaged food does not have packaging in order to place a label on, and the other is packaged in front of the consumer at their request.”

New regulations (The Food Information (Amendment) (England) Regulations 2019) come into force on 1 October 2021 and will change the way in which food businesses in England must provide allergen information on food prepacked for direct sale (PPDS).

Whether a food is PPDS is dependent on where and when it is packed in relation to the point at which it is offered for sale.

In a retail environment such as a supermarket, the following examples would also be considered to be PPDS food, provided they are packed on the premises from which they are being sold before they are offered for sale:

Remember if canapes or free tasters are offered allergen information must be provided or signposted.

More information will be available in the “Food Standards Agency Food allergen labelling and information requirements under the EU Food Information for Consumers Regulation No. 1169/2011:  June 2020 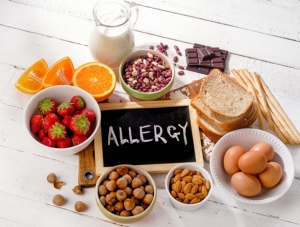